Guys, I want to write you more about Hamburg and Elmshorn, but that will come a bit later. After 6 hours spent looking for bugs in PHP SoapClient, I am able to create only a short post. So this one will be about Christmaaaaas and the action called Free Hugs.

Last week got Hamburg full of all sorts of booths, containing goodies like Glühwein (mulled wine), sweets and goodies prepared in million ways and of course, a lot of souvenirs. There are at least three big Christmas markets here. Commerce cannot be eradicated, so I will be enjoying Christmas the whole month :)

But before all this started, I devoted one Saturday afternoon to an event called Free Hugs. Free Hugs consist of one or more crazy people that walk the streets with a transparent and hug people going by. Just for fun. It was all started by one guy from Australia and one music video. Nowadays, you can see huggers in many big cities throughout the world.


So one an half a week ago, I wrote on Couchsurfing forum, so that people can join me and set off for the chilly streets of Hamburg. I wrote it too late, so I was alone, but I have to say it was an awful load of fun. I spent there one and half and hour and it that time, I got around 20 hugs, one group hug from a group of Spanish tourists and I made cca 100 people smile after they saw my sign (before that, it only happened when I asked a question during a lecture at the university). I even got a free beer from some guys, that were advertising there. Not a bad score for an hour and a half, huh? 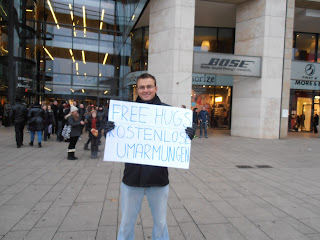 One week after that, we got organized! Maike from Couchsurfing made an event and we hugged together. It was completely different and again it was really nice. Thank you girls for the evening! 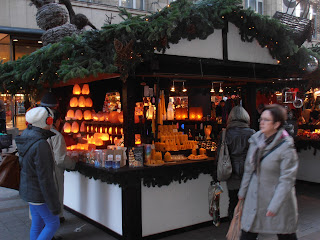 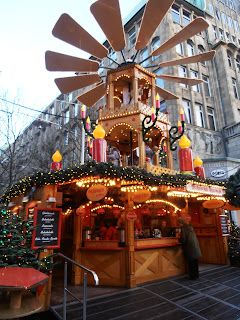 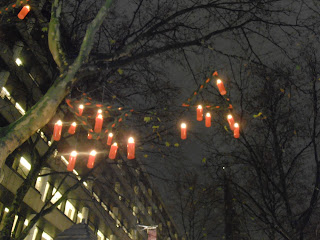 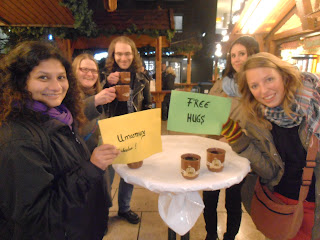 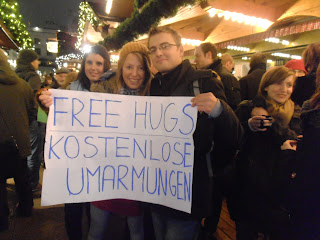 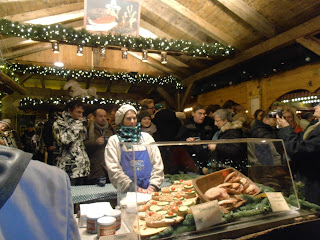 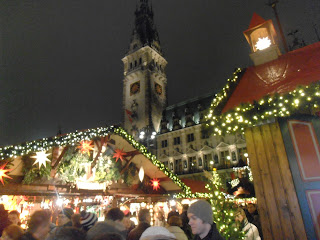 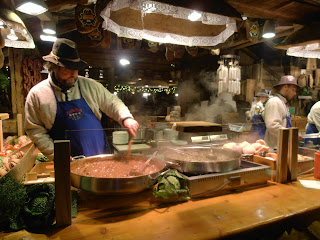 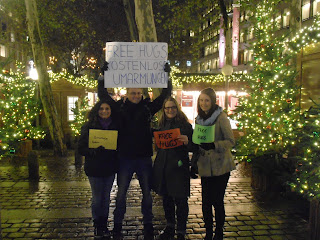 So I wish you a very nice commercial-pre-christmas period :)
Posted by Adam Libuša at 21:22