Am I C2 in Spanish?—The End of my Spanish mission

I got the results of the C2 exam in Spanish. You want to know, don't ya. OK, here they are:


Translated into human speech: Overall, I failed. I am C2 in listening and reading, but I did not pass in writing and speaking. I expected a bad result in the written part, because we were supposed to write three essays in two hours. I was taking my time, had to take a break to go to the bathroom and in the end, I did not reserve enough time to correct my mistakes. But I was really confident about the oral part. I was like María from the soap operas—speaking like a machine gun. I hesitated only a few times. One thing that could have pulled me down was that I was trying to impress them with some phrases that are used only in books and nobody would use them in the everyday speech, as the books were my main source of vocabulary ("También quería hacer hincapié en el hecho que..."). But most probably, I did not sound natural and the number of my mistakes was too high. But at least I know this certificate is really a tough one.

This mission was by far my longest. Seven months of learning and then three more before I will have moved in another country. I chose it so, because I wanted to learn one language, really well and I chose Spanish to be that language. And another reason is that I really enjoyed Madrid.

The exam says I am C2 in reading and listening and somewhere around B2/C1 in speaking and writing. Fair enough, not bad. I am comfortable in Spanish. There are moments when I come to talk to a shop assistant and can't say a word. Then I feel bad. But consequently, I realize it happens to me also in Slovak.

There are also some things I discovered about language learning during this mission. Things that I will do from now on differently:

You avoid that small talk part in the beginning.

I began with the books and only then learned that 'b' and 'v' are pronounced the same in Spanish. It cost me a lot to relearn to pronounce it right.

Extra time does not mean progressing at the same pace

When you have little time, you are in pressure and you keep using every moment. If you have several months ahead, you ease the tempo.

But it was not just these things. I also learned that one o'clock is too soon to have a lunch, that it is easier to understand somebody from South America than an Andalusian (Well, except the Argentina. Nobody understands Argentinians.), that it is "okay" if they cut you the internet connection one week before the requested date, that the waves for surfing are so much better at the North of Spain and that if you are a guy, you should go to Medellín, Colombia (supposedly, the gender ration is close to 2:1—although I stay sceptical about this).

Here is the map of new the part of the world I can make myself understood, thanks to the last year:

And what makes it even better is that unlike Portuguese, Spanish is much more homogeneous across various countries.

Goodbye Madrid, you will be missed. Especially because of your perfect inhabitants. Thank you, my friends for making this stay such a wonderful experience and see you around ;) 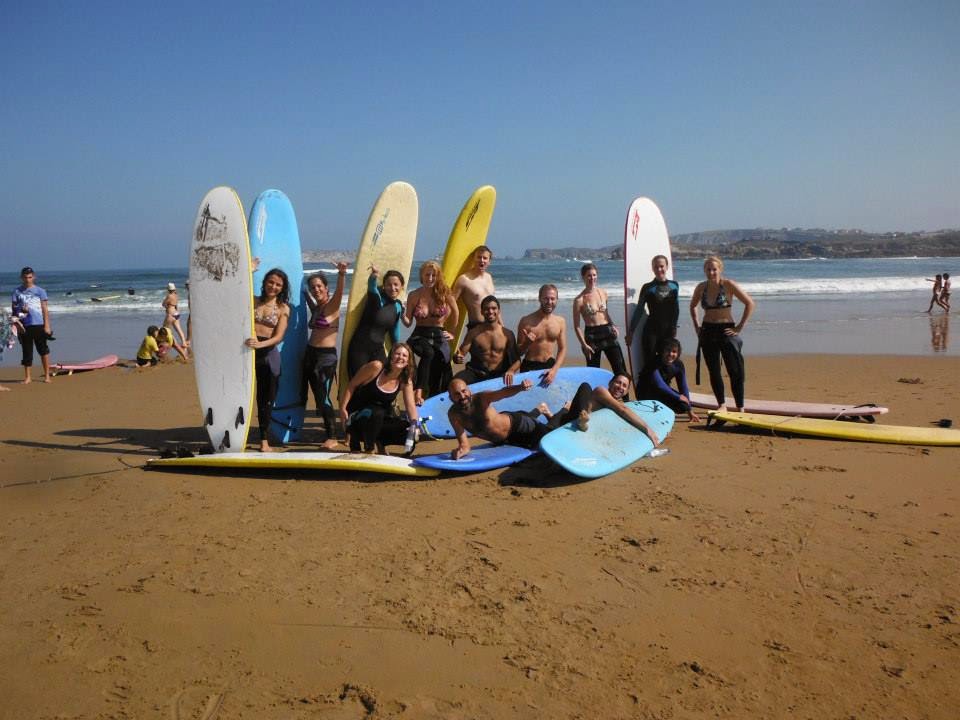