Three Trips and One Jump

At first I though the autumn belongs to one of the things that have been cancelled here because of the crisis, but now I am slowly getting used to the fact that it will come later. In the meantime, I am enjoying 25 °C in October. Not complaining, just bragging.

There are four events I would like to talk about. Of course, they are all connected to the very special community: couchsurfing.com

Trip to Drave: The Abandoned Village

My first trip with a bunch of couchsurfers. The Portuguese have an interesting habbit of building a house and then abandoning it, so we went for an entirely abandoned village in the mountains, with the name Drave. This one had a good reason to be abandoned: Unless you have transport beam available, it is unusually hard to get there. To give you an example: The telephone came there in 1993.

We left the cars several kilometers away in the neighbouring village and hiked through the mountains to get there. After we were satisfied with the number of pictures that we had taken, we went for a small bath in the ponds around. Cool!

Trip to the Vineyards at the River Douro

If you like Porto Wine, you would have loved the trip up the river Douro to the Quintas—vineyards, where this delicious wine is made. We went most of the way by a packed train that looked more like subway. A boat took us then directly to the vineyards. The rocky soil of the hills around Douro together with the abundance of the sunlight and scarcity of rainfall forces the vineplants to try hard to reach the water and to grow long roots. This gives the grapes such high content of sugar. So we walked among the plants, tasted some wine and on the way back we even ha time for some barbecue—sardines on a grill.


Trip to the National Park Peneda-Gerês

This one was a true hike. The park lies on the northern border with Spain. There was a beautiful waterfall with a refreshing (a diplomatic way of saying freezing) water. And so we did not come up with a better idea than to swim in it :)

On the way back, we made a short trip to Spain for hot springs. Paulo, the leader of our expedition had a plan to spit on the Spanish side (you know, the Portuguese-Spanish brother rivalry). But then, we were in Galicia which is something like Spanish part of Portugal (or a Portuguese part of Spain?), so he left the spitting for another time and place. The warm water made my feet feel happy and me sleepy. 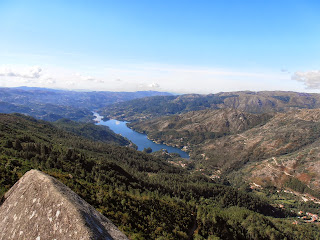 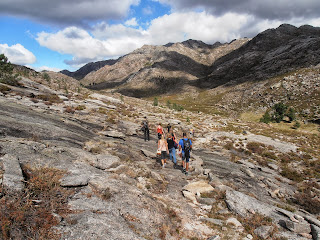 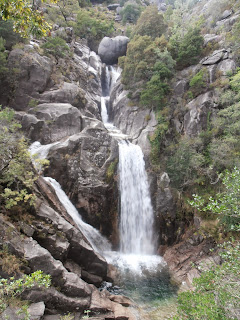