10 Things About Hamburg And Germany, That You Can Live Without Knowing, But Are Still Fun To Read 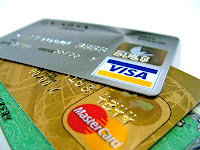 Germany is without questions one of the most developed countries in Europe. But still: The DSL internet is expensive and thus many people buy the USB GSM surfsticks instead. With a randomly met Romanian girl we agreed on that, that in Romania the internet connection offer is better than in Germany.

Another thing is the acceptance of classic embossed payment cards. For example, at the main train station in Hamburg, they take only one special type of card, neither VISA, nor Mastercard is accepted there. The same situation is in my nearest supermarket.

I was prepared that the services will be better. But it doesn't cease to amaze me how much better, compared to the countries I had lived in. One example for all: Here, the first time in a gym is for free, so that you can try it out. I did that. When I was done, I went to the showers quite late and showed up at the cash desk 23:05, five minutes after closing time. I wanted to ask a few questions, so I was mentally prepared for somebody impatiently waiting at the door. The assistant was still at the desk and she explained me everything I wanted to know, gave me fliers, and told me that if I have more questions, I can write an email. Wow.

3. You Need to Pay for the Whole Year

Yes, the first time is for free, but then, here you cannot simply walk into a gym and pay for one entry. In most of them you cannot even pay for a month. Three months is a minimum, most of the gyms prefer one year membership. And it's not only the gyms, where this tendency can be seen.

Germans are taught from the little age that the years 1933-1945 were the darkest part of their history. One Australian guy told me, how he appreciates how the Germans coped with their past, in comparison with, for example, Japan, where politicians still visit the graves of the war criminals. I agree. And I must add that I am sorry that Slovakia is not there yet. There are still so many Slovaks that say how Slovakia prospered during the war. In Germany, not a single human being mentioned that Silesia is theirs, or similar bullshit.


5. Finding an Apartment in Hamburg

I heard stories about people that have been looking for a flat in Hamburg for a year. Well, it's hard to find a flat here. The reasons:

Huge parts of Hamburg were destroyed during the World War II so one can find modern-looking buildings directly in the historical centre (not talking about the fact that there is 6 lane road through it). Most of these buildings have huge windows, they should probably get as much light during the winter dark days as possible. And also: The offices are located often directly at the first floor, so people working there are kind of like in a ZOO. A lot of working places in Hamburg are lot "open space" like.

Certainly not. I don't know who made this myth up, but the girls here are pretty, just like everywhere else.

Currywurst is a traditional fast-food. Looks terrible, tastes great! And generally lots of Wurst (sausages) are eaten here. Except for that and fish-sandwiches I did not find here anything really new for me, because the German and the Czech/Slovak cuisines are very similar. Cabbage, pork, potatoes, dumplings... And the beer is kind of too alcoholic for me, so now I buy the alcohol-free version. A nonalcoholic drink that you can find here in every pub is Apfelschorle - it tastes like an Apple blended in water. Not worth the money.

A fast food dish that I laugh at every time is a big boiled potato with salty whipped cream. Yes, just a potato. For 3 euros :)

9. Prejudice: Germans Are Detached and Cold

My closest friends here are either from Couchsurfing.com or programmers. Both groups a bad sample to examine this prejudice. The first group of people is always more open, than the general population, the second always a bit more introvert (or at least at my workplace it is so).

However, I kind of use people on the train in order to get speaking practice, so I was able to test this myth there. The only difference is the beginning. The Germans do not start speaking to you first. There is a smaller chance that you meet and old lady that automatically starts telling you her life story, than, let's say, in Romania. But if I tried to open a conversation, in half of the cases, the dialog flew on naturally. So I would say, it is pretty much the same as in Czech Republic/Slovakia. Myth busted.

Well, it depends. They do separate the trash and I am telling you, the rules for separating are quite complicated here. On the other hand, a lot of people ignore the smoking ban on the train stations, Czechs seem to me more respectful in this area.


Tu sum it up, Germany seems to me like a cleaner, richer and politer Slovakia. Many things are similar. New Year's Eve is here caller Silvester too, the Christmas presents are brought by Christkind (although Weihnachtsmann/Santa Claus is a fierce competition). Romania was a bit different. Different religion, different food. It is interesting to be able to see these differences.
Posted by Adam Libuša at 08:13